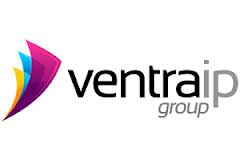 As the three year plan from my old web host came to an end I’ve decided to transfer my hosting services elsewhere after having experienced less-than-spectacular website speeds among other issues. If you’ve visited the site before then that shouldn’t be hard to notice. Hosting is now done in Australia instead of the US and has allowed me to have more seamless experiences through FTP and other direct connections such as disk access.

Having not posted anything for quite some time, I imagine this was an appropriate revival topic after a hosting services switch. As I’m writing this some DNS propagation is still taking place (for example, the ‘www’ prefix is currently in limbo and won’t load either the new or old host). As things are slowly sorted I’ve got some interesting new development content to start posting, similar to what I did many years ago with a remake of an old shooting game ‘Operation Blockade’.