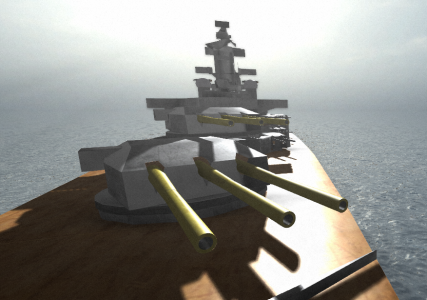 I’ve got yet another unit done, this one didn’t take as long to model as it was based mostly on the Bismarck, with the exception of some heavier fire power. I’m getting through the last few missions of the game now and have already made a huge list of enemies that come in each mission and each wave, now totaling to 1397 lines.

I fixed a few issues with the He177 and Zepplin aircraft carrier, as they had some invisible points on the ship.

I’m also getting some impressive weaponry that’ll have to be my main priority after I finish all the enemy boats and planes. After the weapons, I still have to add the support aircraft on the player’s team, and there appears to be a fair few.