I didn’t know whether to post a picture of the Zepplin sinking or launching aircraft so I might as well do both. 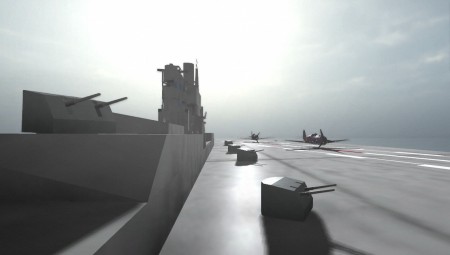 Two FW-190A1's taking off, along with the long shadow distance quality I mentioned in the last post. Landing gear is soooo 1943.

After several cases of carpal tunnel syndrome later, I had finished the turrets and was able to work on deploying aircraft on the deck of the ship. Like I predicted, this didn’t take long and as you can see in the screenshot this is more or less done. Like in the original game, two planes spawn and take off a couple of seconds later. Although this doesn’t give the most realistic impressions, I think going that having the airplane transported from the aircraft lift and then positioning for take-off is a bit overdone. 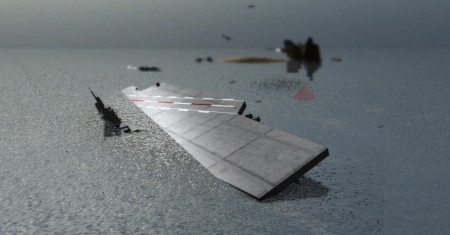 Something tells me I need some kind of foam effect around the sinking ships.