In 2002, a game titled ‘Operation Blockade’ was released. Personally I was very fond of this game despite it’s rather surprisingly bad ratings. Unfortunately this game was the last of it’s ‘Beachhead’-genre kind, and as well as my favourite of the group. 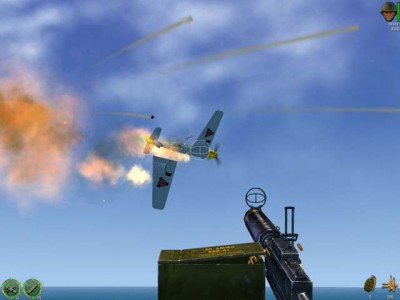 To solve this, I’ve begun to redevelop the game using the Unity engine. I’ve so far recreated a fairly accurate representation of the original island and the functionality of the first few levels, with planes and PT boats, both completely functional.

The game will re-use the original sounds, this time powered by a 3D sound system rather than what appeared to be mostly 2D, and modern graphics. This gives the game potential to be known again as well as the potential for mods, more weapons, enemies, missions, or any other content adjustable via some kind of addon system, while leaving the original experience deservingly intact. 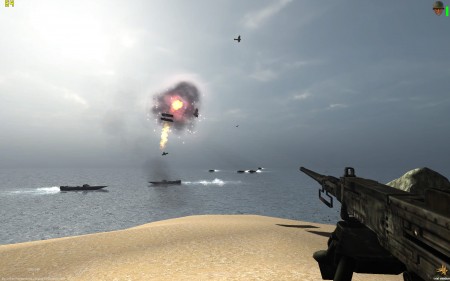 I’ve got to it’s current stage in just under a week which shows progress is happening quickly, although the later somewhat more complex features of the game are still to be programmed (land units, reinforcements, waves, upgraded weapons, etc.). The most worrying thing are probably land units which means that the vast majority of the remaining content should be finished quite quickly, IF I can find models for all the content (as I am a terrible 3D modeler myself).