Bridging the Gap with C++/CLI

A bit more than a week on and I’ve made some good progress on my project. I’ve spend a bit less time on adding things which while unfortunately does mean the screenshot in my last post is more or less unchanged but there’s been a number of changes behind the scenes.

This isn’t overly significant but provides a stable foundation for me to work with. One project is dedicated to all engine features and development, one for testing it, adding various custom binds and what not, and finally a unit test project that’ll ensure components of the engine remain in a working order.

Unit tests aren’t new to me but I haven’t actually used them before in C++. There isn’t much difference in implementation since Microsoft’s Unit Test Framework is solid and built right into Visual Studio.

Something that is entirely new to me however is C++/CLI. What I’ve been interested in doing for some time now is to develop a user interface with the engine running inside it as a small sub-region. This could be used for example, to create a level editor. C# .NET is excellent for developing user interfaces, however the engine is written in C++ language. There is the option of using COM Interop, but not only is this potentially slow, it’s also making things overly complicated. 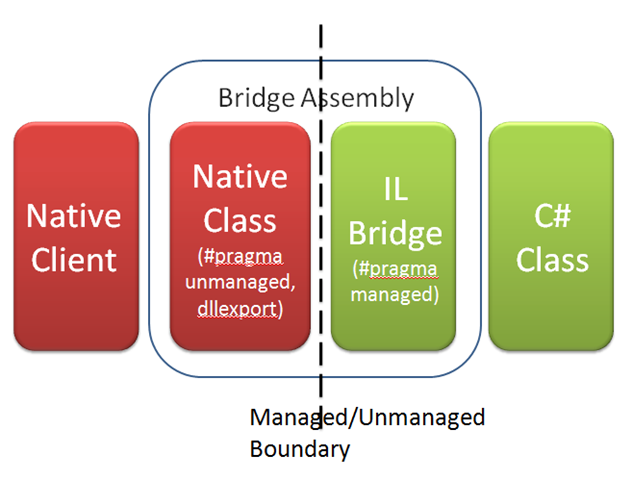 A C++/CLI project is essentially Managed C++, capable of interacting with both native C++ and managed code, making it ideal for creating a bridging interface between the engine and any potential C# applications.

So far I’ve ‘ported’ most of the engine’s API calls over and am able to almost entirely replicate the image in my last post with a few small exceptions (primarily the second image) as I’m investigating an issue with vertex buffers and/or transforms (an interesting combination, no?)

I’ve also looked into designing a VSIX project which would basically allow me to create a WPF or Winforms ‘Toolbox Control’ so I can drag and drop an ‘Engine component’ onto a form and have it load. Unfortunately after an uneventful night this proved unsuccessful possibly due to the native library dependencies involved.

Fortunately I’ve had better luck simply hooking the engine up to the window handle of a WinForms component. As WPF only uses a single window handle for the main window, I’ve used a WindowsFormsHost component to still allow the flexibility of WPF while allowing me to hook up to a handle for this result (UI design not final ☺!): 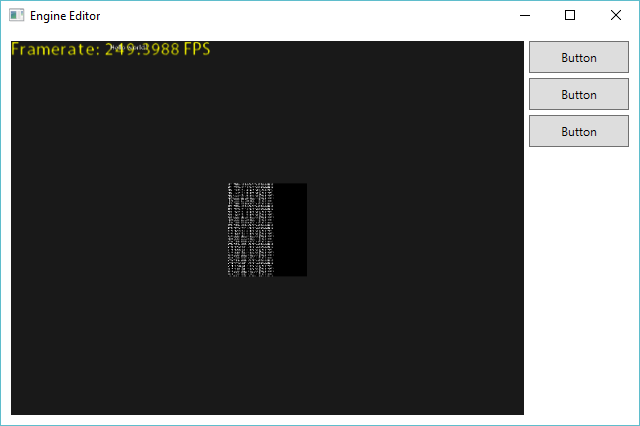