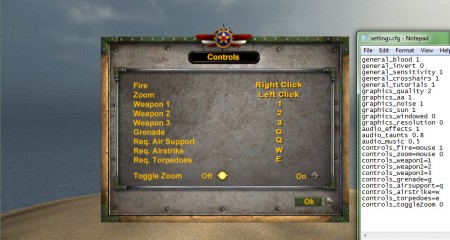 Settings are saved within a 'settings.cfg' file.

It seems to me that I’ve managed to finish work on the menu entirely, with the two remaining Controls and Sound menus now finished as well. Settings are handled by the options screen and are transmitted to their individual sub-screens. These settings are then saved and loaded depending on whether or not there are any changes. Right now the game automatically generates a ‘settings.cfg’ file if it doesn’t already exist, although a corrupt settings.cfg file can lead to some issues. Save me some work and just don’t mess with it. 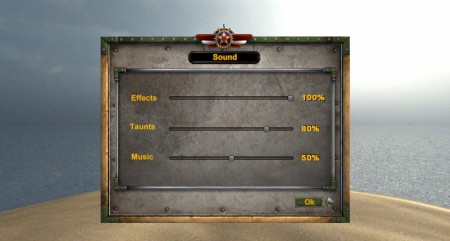 Now that I’ve wrapped up everything around the core game, it seems that missions and polishing units is my main priority now, with multiplayer coming somewhere behind that. Here’s a list of what’s left to do: