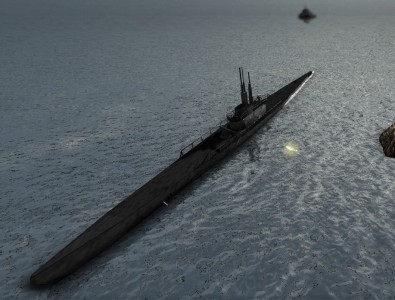 Here we have the U-Boat. It sinks in more ways than one, and is particularly sneaky in approaching the player. This actually brings the ‘missions possible with currently reconstructed boats and planes’ up to 23! I’ve had a bit of a slow-down with corruption yesterday which forced me to recreate the scenes, although this was restored within an hour or so.

There isn’t much more units to go here. I’ll have to add in a Panzer IV and after that probably some larger ships followed somewhere near the end by a few more planes.