So the last few days I was without power, and the reason for that is the power lines were more or less underwater. The local shopping center – the only source for food, was also underwater. Fortunately the water level has dropped enough for the roads to be open again, and power is restored as well. I might post some pictures later, but first thing’s first.

Before the chaos, I did get some work done on my little game project, and was planning on posting this actually the next morning, which didn’t exactly work out with the loss of power and everything.

I’ve spent a fair bit of time creating lists of things from the original games. How many points the player gets from destroying a particular boat or plane, what enemies appear in each mission and each individual wave and so forth. Above is a list of the first four missions with my own little interpretation of it. I’m not doing anything with this information yet, but when I have all the units done I can start making the individual missions very quickly as I’ll have all the necessary data. Just to let you know, with the vehicles I have recreated so far I can recreate about 10 missions without any extra work. There’s still a fair bit to go though. 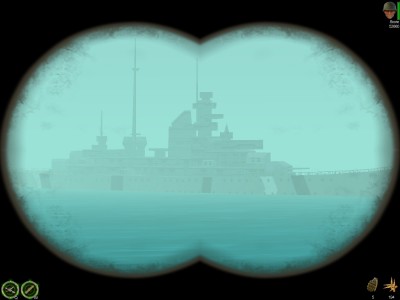 Next on my to-do list is recreating this big thing, the Hipper class heavy cruiser, followed closely by the He111 light bomber. Both are actually fairly far in terms of modeling, although I still have to program them. Unfortunately the further I progress, the more difficult and complicated some (but not all) units get. Mostly the boats, as this ‘Hipper’ class just happens to have 10 turrets compared to just 4 from the Destroyer I recreated previously. Regardless, I’ll do my best!