More menus and some bug fixes 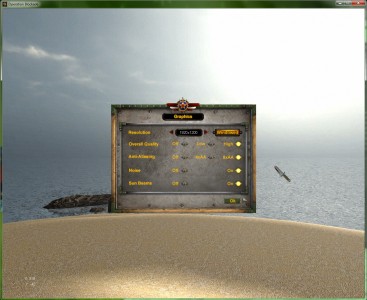 Although screenshots of menus aren’t the most exciting features to look forward to, I figured it would suit the post since it’s what I worked on most for the past two days, including a large chunk of this morning since I couldn’t sleep. Besides, what better way to wake up than stress my brain out with programming code and bright burning white-background monitor light?

Anyway, back on topic, I’ve got most of the menu system completely finished. I’m actually surprised what I was able to produce rather than just ‘point-and-click’ basic menu. The graphics menu is completely functional, you can make and delete profiles, each profile has scores and unlocked missions, and so forth. The only three menus left to do are sound and general settings as well as the multiplayer menu. I’m leaving all three until a bit later since I’m half asleep right now.

The graphics menu may not have all the advanced little settings people are used to, but unfortunately there wasn’t much direct access to the hardware settings in Unity, with the guide basically suggesting a single ‘overall quality’ box with five modes. I’ve expanded it as much as I could and even crammed in anti-aliasing after some skillful modifications.

After being done drooling at my menus, I began to go back to the actual game scene. I’m working on a single level until I’ve got absolutely every single plane and boat programmed and working, which is going to result in a very big mess in the end if I do a performance run to see how well it runs, although this should keep me from having to copy over all kinds of things a hundred times.

I was able to add in a pause menu, fix boat turrets from being all too sturdy and blow up properly now as well as a nice flame/smoke trail from the what-used-to-be-turret points. 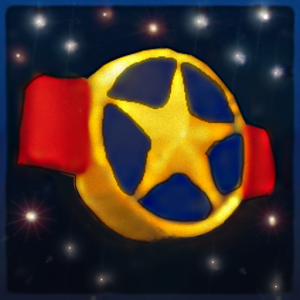 I was able to rework the original icon into a more high resolution state using a very handy application (SmillaEnlarger) that creates amazing results in resizing images (this was originally a 32×32 icon). Some of the icon required work, such as the stars and some color-overflow on the star which are all fixed now. As you can see it still needs a bit of work, right now it looks like some kind of quick hand-drawn draft.

﻿Before I add the next plane or boat (unless I overcome my fear of having to program the tanks or soldiers) I’m going to sort out a few more little ‘bugs’ of mine. I’ll list them here so you get the general idea.

The bug list probably looks a little big, although rest assured there’s only four dot points there. I just described things in a bit too much detail.

Finally before the post ends, I may list some kind of statistical progress report in the next post to show, for example, how many units are done and how many are still to go.