Rush hour, turrets and some more

Work hasn’t stopped the last two days. I’ve incorporated a turret system for the boats so bullets have a place to come from, and are also completely functional complete with whizzing noises from bigger guns and the turret rotating properly. The only two features of the turret system I still have to finish are the destruction of them, which is pretty much done except for the boat’s collision system interfering at the moment and turrets ray-tracing for something in-between the player and them to leave those poor scenic rocks alone. The turret system is probably one of the main systems required for all the other ships so this gives everything else a big speed up too.

Two more things I want to design into the boats is a collision prevention system so we don’t start having ships with road rage issues. I’m not sure how the original game handled it, although the original game didn’t exactly have hundreds of boats on-screen for testing purposes. The second thing was the destruction system where the player could sit back and enjoy a firework show of a boat slowly sinking to its doom as explosions and metal groaning noises followed. Right now boats simply explode once and sink. 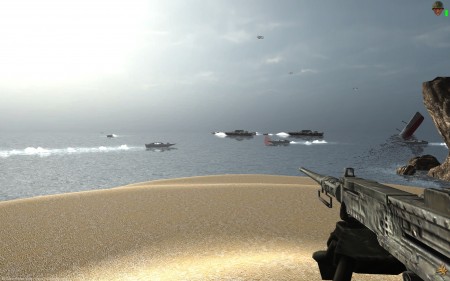 Here in the background you can see some of the T.1 torpedo boats I’ve finished adding in minutes ago. When the scene is filled with boats I am still experiencing smooth gameplay, even on 1920×1200 resolutions and everything turned on, which is a good sign for things to come.

Just to conclude the post, I’ve also added the delicious cargo ships back in to help resupply ammo and a portion of the player’s health. The resupply plane is probably next. 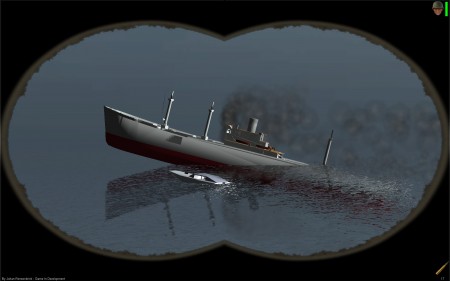 Please keep in mind, the models and textures are work in progress.