Getting the hang of textures and models 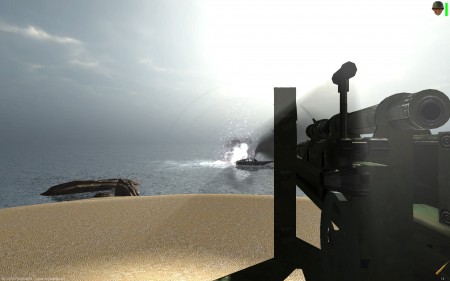 I’m finally getting the hang of the models and their textures and have done somewhat of a reasonable job of recreating the M101 105mm Howitzer from the original game. Thankfully most (although not all) of the units sighted in the first game have had some sort of proper name so I was able to track down similar and sometimes the exact weapon to replicate.

Despite this, I’ve also recreated the cargo ship that’s usually sighted as a sign of hope for the player to replenish their ammo and some of their health, while ‘cargo ship’ didn’t give me much of an idea of the actual ship name, I was able to come up with something very similar anyway. No screenshots of it since I’m still bound to texture it sometime in the future.

Back to the howitzer, I was able to recreate some of the animation effects (without animations) and have gotten the gun to fire back along its base, as well as rotation while leaving the camera fixed when the howitzer is selected.