Finally, after quite some time, my new app is live. It’s unfortunate quite a few people got a similar idea as me as there’s a few apps like it, but it seems my time put into it paid off, as it has the most features.

This is a bit of an experiment since I’m posting from some newish WordPress app on my phone and I don’t seem to be able to add pictures, so I’ll do that later at home.

Feel free to read my 5-minute attempt at a support site which has a few screenshots on the app and some decent information:

The app is a dollar, not to sound like a money hungry developer, but where else do I get my university funds from? A job? Yeah right.

Oh I can post pictures! Well I tried to take a picture while in the game but I failed quite miserably and lost before the screenshot snapped. Oh well, here’s a fancy ‘game over’ screen! 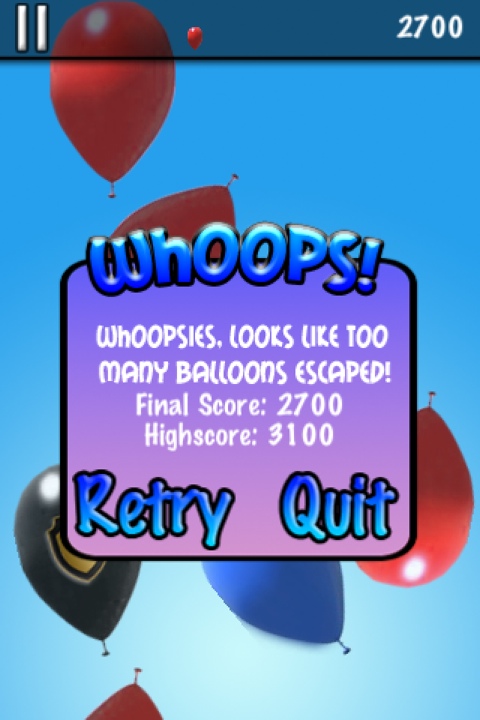