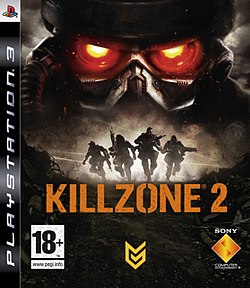 Killzone 2 is one of the latest most-wanted games on the PS3, and it seems to have really improved from its predecessor, Killzone. Killzone 2 has astonishing graphis, amazing gameplay, great sound, great AI, you name it, it just has great potential.

Those fortunate enough to have a PS3 may have already played the demo released earlier this week on the Playstation Store. I’ve played through it about 4 times now and am quite excited for the full version of the game. The only downside is I can’t seem to dismember any troopers with explosives, but this seems to be easily outdone by an amazing ragdoll and physics system.

Lots of weapons, explosions, enemies, blood and more, Killzone 2 should be one of the highlights of the PS3, and almost certainly of any other shooter on PC or other Xbox 360.

I’ve probably been reviewing too many things lately, I’ll see if I can get some more personal events up on the blog later.