I decided to give Crysis Warhead a go. It’s an excellent game, it’s a great boost to Crysis since it you can see what Psycho’s side of the story has to tell.

I’ve finished it a few hours ago but I’m still just playing through it in bits and pieces just setting traps for some helpless Koreans. 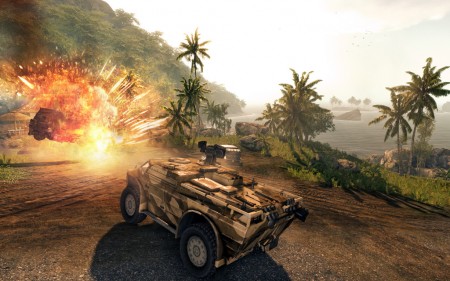 One thing I was especially impressed with was the music and the cinematics of the game. I haven’t really noticed them as much in the original game, so it was a nice change. I even reloaded the last part of the game about 10 times just to watch and listen to the final fight. I won’t spoil it for anyone who’s yet to play it.

I was able to play the game at an amazing 15FPS, thankfully the latest drivers provided that extra 5FPS. It’s a long way from smooth gameplay but the performance has improved since the first game so it’s all good. I’ll just have to play on medium settings for now.