It’s been a year and a day since I’ve last posted. It’s 2AM and I’m not tired in the slightest so let’s write an update. Shortly after turning 21 I bought myself a new car that soon became a huge part of my life ever since. It was from this moment on that I first held a wrench, my first sports car, my first convertible, and essentially it became my most treasured possession, surpassing my previously most useful companion, a computer. 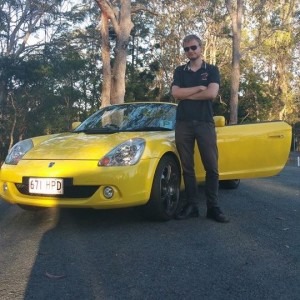 Over the next few months I have started to personalise the car to my liking by modifying it in various ways, such as installing a high-flow dual mid exhaust, raising the MAF sensor, replacing the fuel injectors, installing a new radio, installing a new high-flow exhaust header and finally a spoiler before the end of 2014. I’ve participated in cruises taking me through rainforests, curvy mountain roads, city streets and tested out both my car and myself on a hill climb track.

Driving the car has become part of my lifestyle and I see the car as a long-term asset. 2015 will be an interesting year for it, with a heavy duty clutch, extremely light weight flywheel (going from 6.8KG to 3.8KG) and at the end of the year a complete turbo kit which will bring up the engine performance from around 150 horsepower to ~360 depending on a stable level of boost. Further down the line I may look at additional enhancements such as a finishing bodykit and, an aftermarket coilover kit and strengthened sway bars. 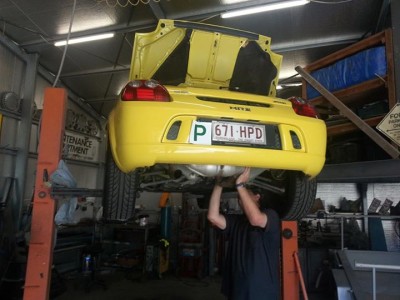