I’ve been somewhat busy with Uni and haven’t done anything exciting enough that seems worth sharing. Duke Nukem Forever came out, something that no one saw coming after 15 years, but I suppose hell really does freeze over. While I struggle with simple 2D vector transformations with no game engine to help me do it, and 12 weeks of 4-spacial dimensional Quaternions and Euler angles coming up next trimester I have some stuff to learn. 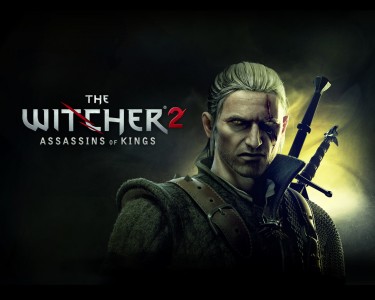 Meanwhile, I also played a game titled ‘The Witcher 2’. Surprisingly I hadn’t played the first game, but this was something I did almost immediately upon playing the second. Now I’m no game reviewer so I’ll keep my thoughts short. Despite having some nasty little difficulty peaks here and there, mostly due to my own lack of skill at RPGs, it’s blown a lot of other games out of the water completely. It’s also surprisingly non-linear despite ending up with a linear storyline overall. Choosing a different sentence to speak doesn’t simply affect the conversation, but the entire series of events that occur for the 30 or so hours of gameplay are effected even from the start of the game. The game follows closely to a series of short stories, which I am now also tempted to pick up and read; an activity which I haven’t done for a long time.

Graphically the game manages to easily outdo even the 2007 flagship Crysis, with other newer titles not far behind now. Storywise, I was sold completely, and it really immersed me into this completely new world which is not something that occurs much from games I play. Oddly enough, both this game and its predecessor seem to have a rather strong theme of.. er.. clothe-less experiences.