I spend the weekend building a computer for a friend which proved to be quite entertaining. The case wasn’t in stock, so when he came over to test it he was rather confused at the screen output from a pile of parts next to him. 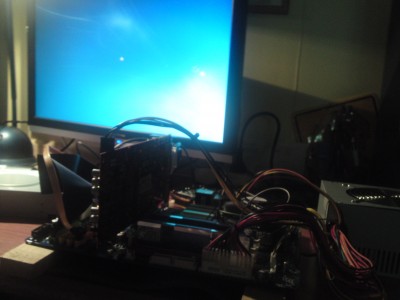 The specs were as follows: 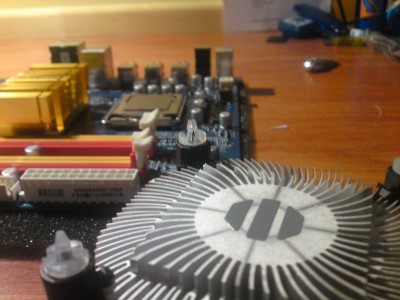 Cooling fan and motherboard behind it, BEFORE scraping off the thermal paste.

Which was, in this case better in every way than my own system, though fortunately for me not by much. I wish I would have taken some decent pictures instead, but I’m not too still with my hands when taking pictures, so excuse the blur.

It also came with a rather sexy looking case, but unfortunately I had misplaced my phone at this stage so I don’t have any pictures of it.