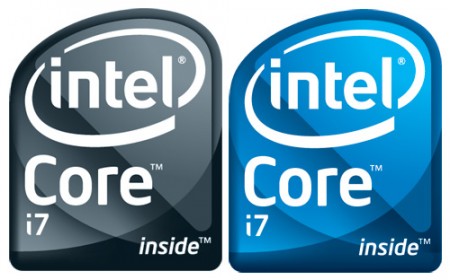 Core i7. The new CPU architecture from Intel. It has now been out for about roughly 2 weeks, and it’s both cheaper and faster than the almighty QX9950 processors. Though Cheaper might not be the correct word.

The cheapest of these, the 920 has beaten the QX9950 processors in most performances tests, which is great because it is faster and cheaper, and shows the Core i7 is a great and succesful starting architecture from Intel.

Some of the highlights are that it uses multi-threading, last seen back in Pentium 4 processors. The Core i7 chips are basically quad cores, but use two logical threads, so now you can brag how you have 8 logical cores!

Some of the performance gains seen such as Crysis’s 40% framerate increase, and a 30-second faster rendering time in most rendering benchmarks really show what the new i7 range has to offer.

i7 is to be described as the high-end range of the new architecture, with Core i5 chips coming out later early next year for mainstream usages, and obviously a lower price.

The downsides however, are the low overclocking abilities and the lower performance in certain games, as games rely heavily on the L2 cache of a CPU, where the older CPUs actually have performance gains over these chips. Hopefully we’ll see fixes to this soon, so I’d stay tuned for this big improvement. It has a lot of potential for 2009.